A Wrexham man who received surgery for a life-threatening bleed has praised the hospital staff who saved his life.

Ricky Allen, 78, was rushed into Glan Clwyd Hospital towards the end of June 2021 with extreme pain in his abdomen.

He was placed under the care of Consultant Vascular Surgeon, Mr Soroush Sohrabi, who diagnosed a ruptured abdominal aortic aneurysm (AAA), which could be fatal if left untreated.

Ricky said: “The night before I was admitted into hospital I felt very unwell, I had excruciating pain in my stomach but I was hopeful it would pass.

“The next morning I had no choice but to call for an ambulance as the pain was now unbearable, I knew there was something seriously wrong.

“When I arrived at Glan Clwyd Hospital I was told this was a serious situation and I needed an urgent operation.”

Ricky was taken to the Radiology Interventional Suite where Mr Sohrabi carried out keyhole surgery to place a stent into his aorta to stop the bleed. After a few days recovering on the ward he was able to go home.

“Words aren’t enough. I can’t express how grateful and thankful I am for the way the hospital has looked after me.

“The care I have received has been exceptional, everyone has been incredible.

“I feel very emotional when I think about what they have done for me, we are really very lucky to have a service available like this in North Wales,” added Ricky. 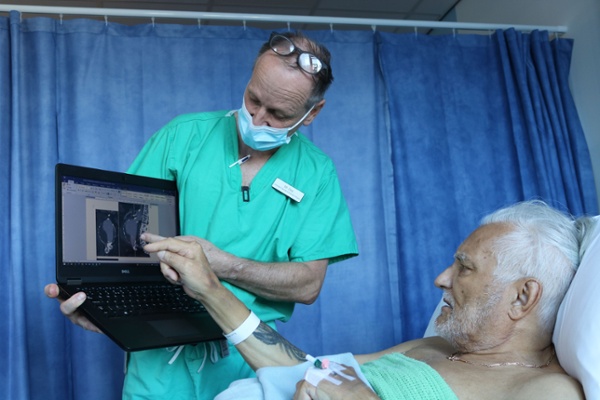 Procedures such as AAA repairs can be carried out using minimally invasive surgery such as keyhole rather than open surgery, with real-time imaging equipment helping to guide instruments.

Since the opening of the Hybrid Theatre in 2019, patients needing urgent vascular treatment have benefitted from new equipment that has brought new types of surgery to North Wales. The Radiology Interventional Suite also offers the same technology for treating vascular patients as the Hybrid Theatre.

Patients like Ricky can receive these complex procedures at Glan Clwyd Hospital in the Vascular hub and will later receive a follow up appointment at their local hospital.

Linda Crossley, 67, from Bodfari, was the first person to receive a new hybrid treatment of an iliac aneurysm in North Wales in September 2020.

An iliac aneurysm is bulging and weakness in the wall of the iliac artery, located in the pelvis. These aneurysms can burst, which can cause life-threatening, uncontrolled bleeding.

Linda, a retired Landscape Contractor, has undergone a range of treatments since 2016, including a mastectomy and chemotherapy to treat breast cancer, and major open vascular surgery to treat an aneurysm in both iliac arteries. 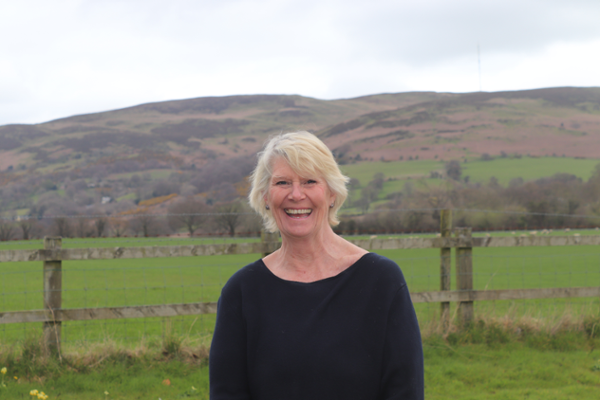 Linda said: “When you think about the last year, with COVID, to have still had my operation was amazing really. Everything was done with such thought and consideration.

“The care I received was second to none, and the staff were absolutely amazing.

“The whole thing has been a very smooth process, from the team in scanning through to seeing Mr Sohrabi and Mr Desmarowitz.”

Consultant Vascular Surgeon Mr Sohrabi who performed the procedure along with Consultant Radiologist Dr Owen Rees, used a hybrid approach to treat Linda’s recurrent condition by combining open and keyhole surgery to insert a specialised stent into the aneurysm using the facilities in the Hybrid Theatre.

He said: “Hybrid surgery provides a platform to do both minimally invasive endovascular procedures combined with open surgery for vascular patients.

“Using the hybrid facility in Glan Clwyd hospital we can treat a wider range of complex vascular conditions with new technology.

“I am very pleased to see that Linda and Ricky are both satisfied with the care they have received.”