Thirty one years after Princess Diana officially opened the Artificial Limb and Appliance Centre (ALAC) at Wrexham Maelor Hospital, staff have been looking back at her visit.

The honey-coloured building on Croesnewydd Road, across from the main Wrexham Maelor Hospital, was opened on July 30th 1991 by the Princess of Wales. Staff are celebrating the 31st anniversary this year, as COVID-19 restrictions halted celebrations for its 30th in 2021.

ALAC staff marked the anniversary with a walk down memory lane within its reception area, presenting the official material they have from the opening, including blue prints, photos of the construction and of Princess Diana opening it. 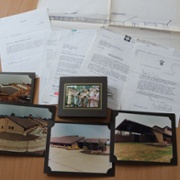 Stephen Jones, Head of Posture & Mobility, said: “The service has evolved and developed since originally being opened and we strive to improve upon the service since it was opened by Princess Diana. The use of the building and the services delivered has changed, and it was a privilege to be able to use the building to facilitate the COVID vaccine programme. It’s really interesting to see from the old photos of how the building used to be and the changes that have taken place over the years.”

ALAC provides a range of services for people with a permanent or long-term impairment, including artificial limb service, posture and mobility (wheelchairs), artificial eye service, and others. The building is also now home to the Rapid Diagnosis Clinic which quickly assesses a patient’s symptoms to determine if there is a need for a referral, and it's also the current base for the Wrexham GP Out of Hours Service.

Anne Macdonald, a Stock Team Administrator at ALAC who has worked for the service for over 30 years, said: “I was there for the opening ceremony of ALAC, we were all very excited to have Princess Diana opening our new building. I didn’t get to speak to her myself, but she was lovely, and she did speak to some of the other staff members and patients too.

“The ALAC building has really helped the service develop a lot over the years, and we’ve seen a continued improvement in what we can offer patients." 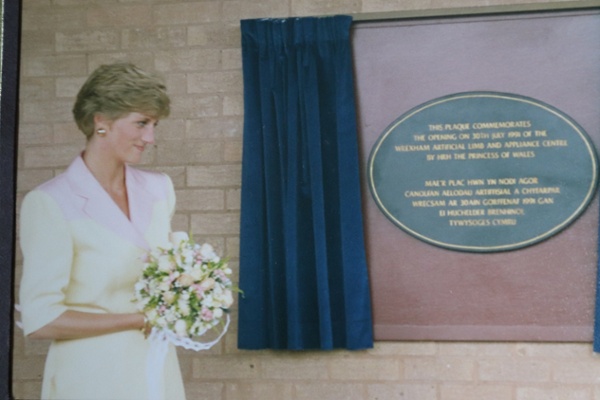 During the opening Princess Diana greeted the staff and patients who use the service. Known for her charity work, Princess Diana was passionate about supporting amputees and became an anti-landmine activist and led a campaign for a worldwide ban on landmines, which her son Prince Harry has continued.

Her Lady-in-Waiting wrote to the staff after the opening saying, “Her Royal Highness was most touched by the warmth of her reception throughout” and said that she was, “delighted to have been able to the visit he centre and see the excellent facilities soon to be available to patients in North Wales”.

The ALAC in Wrexham is one of three centres based in Wales and is provided by a unique collaboration between three Health Boards and is commissioned via Welsh Health Specialised Services Committee (WHSSC).