A grandfather-of-two from Llandudno, who was treated for breast cancer, is urging other men to check themselves for symptoms.

Vince Kitching, 69, first noticed a lump, the size of a frozen pea, in his left breast in May 2019 and immediately booked an appointment with his GP.

Vince, who previously lived in Bangor for a number of years, was referred to Llandudno General Hospital for a breast assessment where he underwent an ultrasound, followed by a biopsy which showed he had a tumour.

He said: “Me and my wife Helen were devastated when we were told the news I had breast cancer.

“My treatment involved undergoing a full mastectomy on my left breast, which included my nipple being removed.

“My surgery took place in June at Glan Clwyd Hospital as a day surgery case which allowed me to go home the same day to recover.

“I was very lucky as I didn’t have any pain following my surgery and recovered very quickly.” 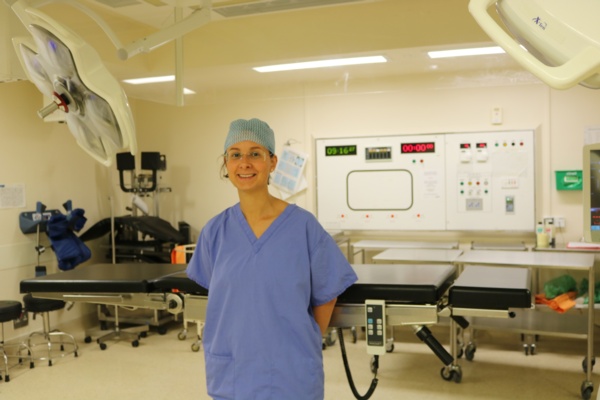 A week after his surgery the former building surveyor received the news from his surgeon, Chiara Sirianni, that his cancer had luckily not spread to any other part of his body and he did not need any further treatment.

“I’m not too sure how long the lump had been there but I wasn’t checking my breast area. In fact, like many men, I didn’t even know we were supposed to check this area of our bodies.

Breast cancer is often thought of as something that only affects women, but men can get it in rare cases. It develops in the small amount of breast tissue men have behind their nipples.

It usually occurs in men over 60, but can very occasionally affect younger men.

To mark Breast Cancer Awareness Month during October, Vince is hoping to raise awareness amongst men and is urging them to see their GP if they have any concerns.

He said: “Since I was diagnosed I have spoken to a lot of my male friends about my experience and it’s made them realise that this can happen to men as well as women.

“I was very lucky as I acted fast and didn’t ignore what I found.  People shouldn’t be afraid to visit their GP – there is no such thing as a wasted appointment, it could potentially save your life.

“If it is cancer then the earlier it is found the easier it is to treat. I had absolutely amazing care from the breast care team at Ysbyty Gwynedd, Llandudno Hospital and Glan Clwyd Hospital.

“The communication with my surgeon, Ms Sirianni, was amazing from the start and the support I received from the breast care nurses, Rhian Jones and Mared Williams was brilliant. If I was royalty I wouldn’t have been treated any better.”

Ms Sirianni, who joined the Breast Team at Ysbyty Gwynedd in 2014, said: “Male breast cancer is quite rare, as it represents approximately 1% of all cases.

“It is important for men to remain aware and to report to the GP any new lumps on the breast or chest, especially if associated with skin changes and deformity. Most breast masses in men are benign, but they all warrant a specialist assessment.

“95% of male breast cancers are diagnosed at an early stage and are not associated with a worse outcome than women. A significant proportion of men with breast cancer have a family history of the disease and they should be offered a genetic consultation.

“I would like to thank Vince for speaking out about his experience to raise awareness and for his kind words about the team who were involved in his treatment.”