An Anglesey mum has spoken about the heartbreak of losing a child to suicide and the need to improve the support available to the families left behind.

Alice Minnigin would have turned 33 on May 26th. Instead of celebrating in the company of friends and family, her Mum Nina and brother Luke scattered her ashes and held a fireworks display above the Moelwyn mountains of her home community of Blaenau Ffestiniog.

Nina says it’s what her “incredibly funny, caring, bright and unique” daughter would have wanted.

It was the first birthday that Nina celebrated without Alice, a former Ysgol Moelwyn pupil, who tragically took her own life on August 7th last year, on a day that changed her family forever.

While Nina says the signs were always there because of Alice’s difficult childhood, the news of her daughter’s death still hit her “like a car crash”.

“Alice had a difficult childhood and experienced a huge amount of sexual abuse from her Father, who took his own life after he was charged,” she explained.

“She found it really difficult over the years but she was a survivor and she always seemed to come through.

“The signs were always there because of her history, but I genuinely thought she had got past it. She had got a place to study nursing, she’d been working full time in Bristol and she had a house and a mortgage.”

Nine months on, Nina, a Mental Health Manager with Bangor-based charity Anheddau, says the raw pain of losing her daughter still hits her “like a sledgehammer” some days, and her life will never be the same again.

Despite this, the mum-of-two, from Rhydwyn on Anglesey, says she is determined to remember Alice in a positive way, reminding herself that life has to go on, just as the love for her daughter will.

She has found some solace in an informal support group of other North Wales mums who are bereaved by suicide, but says the offer of more formal support is needed. 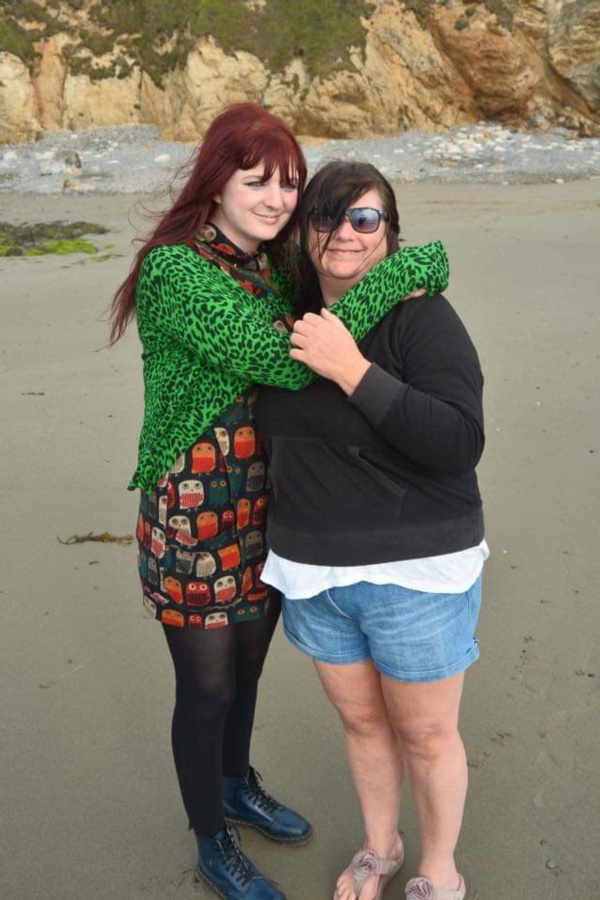 Nina is now working with Betsi Cadwaladr University Health Board and other organisations to introduce a postvention pathway to support families bereaved by suicide.

It is hoped that this will include the offer of emotional support, as well as practical help in the immediate days and weeks following a loved one’s death.

She said: “You get a knock on the door and your whole life is turned upside down and then you’re left to pick up the pieces. The shock is just unbelievable and the physical pain you feel is very strange.

“I’ve spoken to other mums who have been in the same situation. Once the blue lights go all you are given is an incident number for your child who has died.

“If somebody died in a car crash of they were murdered then that person’s family would be supported by a family liaison officer. Suicide is a violent death so there should be support in place for those families, even if it’s just to help in those first few days.

“I don’t think people realise the number of practical things that you have to do as a next of kin. I’ve been really lucky because I’d had support from friends and family but not everybody has that. Some people are on their own and I cannot imagine what that would have been like.

“In future I would like to see a proper postvention pathway introduced. BCUHB have given their backing to this and it’s in the early stages of being developed. We’re looking at what works well elsewhere across the UK and how organisations can work together to introduce this.

“It’s something basic that is needed. If you put better postvention support in place then that can act as prevention. My daughter died by suicide, and her father died by suicide. Where does it stop?”

“Significant work is being undertaken to improve suicide prevention in North Wales but we recognise that formal support for people bereaved by suicide is sadly lacking. We’re determined to work with our partner organisations to design the most effective range of support to help to plug this gap.

“It’s only by doing this alongside Nina and other families with lived experience of the tragedy of suicide that we can ensure that these services meet the needs of families now and in the future.

“If any families affected by suicide would like to have their say on how this support is offered then we would welcome a conversation with them.”

While Nina says that the complicated grief associated with her daughter’s suicide will never get easier, she is determined to carry on with her life in the best way she can.

“Suicide is a complicated grief because you’re conflicted. How can you not be? You don’t want that person to be in pain, but you can’t quite believe what they’ve done either. There’s still a part of me that’s very angry with Alice for what she’s put people through.

“Nine months on it’s incredibly raw and incredibly painful. But it’s about remembering her in a positive way. Love lives on. I remind myself every day that life has to go on.

If you’ve been affected by suicide and would like to have your say on how postvention support should be developed in North Wales then please email meinir.evans@denbighshire.gov.uk or bcu.getinvolved@wales.nhs.uk.

The free and confidential C.A.L.L Mental Health Helpline is available 24/7 to provide emotional support and signposting to local services. Call 0800 132 737, text ‘Help’ to 81066, or visit www.callhelpline.org.uk