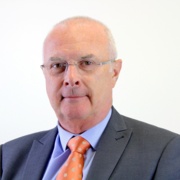 Medwyn Hughes is the Local Authority Councillor for Hendre Ward in Bangor, Gwynedd.

Medwyn is a former broadcaster having spent over 30 years with the BBC both in Wales and at the Network Production Centre in Manchester, where he was a Senior Network Television Producer. He left the corporation to manage his own Media company Meditel, which won contracts throughout the UK and internationally.  He was chairman of North Wales’ largest housing association, Cartrefi Cymunedol Gwynedd prior to being elected to Gwynedd Council in 2017. On being elected he then became Chair of the Council’s Audit Committee and Vice - Chair of the Care, Scrutiny Committee.

A fluent Welsh speaker he is also Chair of the Friends of the William Mathias Centre and a member of the Gwynedd Football League.

He also has extensive knowledge and experience of change management.