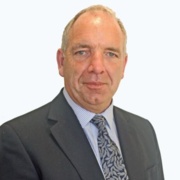 Mark Polin, was previously the Chief Constable for North Wales Police, a role which he carried out for nine years. As well leading North Wales Police Mark held a number of significant regional and national policing roles. He was the Chair of the Chief Police Officers’ Staff Association and Director asof all the national police selection processes for around five years. During Mark’s thirty five year police career he served in a number of forces across England and Wales. Mark was awarded the Queen’s Police Medal in 2010, and an OBE for services to policing in 2018. He has a Master’s Degree in Business Administration.

Mark has extensive experience and understanding of the partnership landscape in North Wales, the North West and beyond, and has led a number of the key multi-agency groups that exist in this regard.

Mark lives in Denbighshire, is married and has two children.