A dad-of-three who suffered a cardiac arrest is urging people to learn CPR after his life was saved by the skills and quick-thinking of those who came to his aid.

Jem Taylor, 57, said he was eternally grateful to Ysbyty Gwynedd Emergency Department Sister Linda Rycroft and bystander Angie Mulhearn for keeping him alive when he collapsed on a platform at a Warrington train station last year.

Jem was recently reunited with Linda and Angie for the first time since the dramatic events on 26 March, 2018.

“I don’t recall what happened. I collapsed and the next thing I remember is waking up in hospital where I was told I had suffered a cardiac arrest.

“I am only able to put the pieces together of what happened by speaking to Linda and Angie.

“Angie found me on the platform after I had collapsed and started to perform CPR for around 15 minutes until Linda took over from her,” he said.

Linda was on her train journey back to Liverpool when she saw Jem on the platform and immediately got off the train and went to his aid. 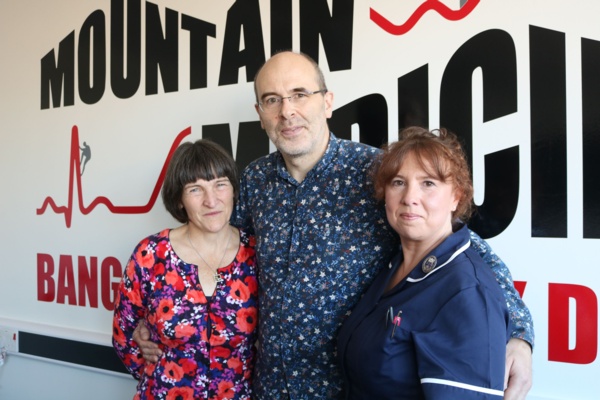 She said: “I remember as we pulled into the station I heard a woman screaming for help and I looked out the window and I could see someone on the floor.

“I got off the train and could see a lady, which I now know was Angela, in the middle of doing CPR on a man. I ran over to help and asked Angela to maintain his airway while I took over doing the CPR.

“I carried on doing CPR for a further 30 minutes until the paramedics arrived who then shocked Jem with a defibrillator three times.

“He was taken straight to Liverpool Heart & Chest Hospital and I provided the incident handover to the consultant and their team over the phone. I would expect someone who had been down for almost an hour to not survive or if they did they would be under a cardiologist for the rest of their life.”

Jem was rushed straight to theatre where he received a stent into the artery serving his heart, and was transferred to the Intensive Care Unit.

He remained in hospital for almost two weeks and to Linda’s amazement he suffered no damage to his brain and is no longer under the care of his local hospital’s Coronary Care Unit.

“I’m amazed how well Jem is doing, it’s a miracle he is alive. In the UK figures by the British Heart Foundation show that 1 in 10 people who've had a cardiac arrest outside hospital survive, so he is extremely lucky,” she added. 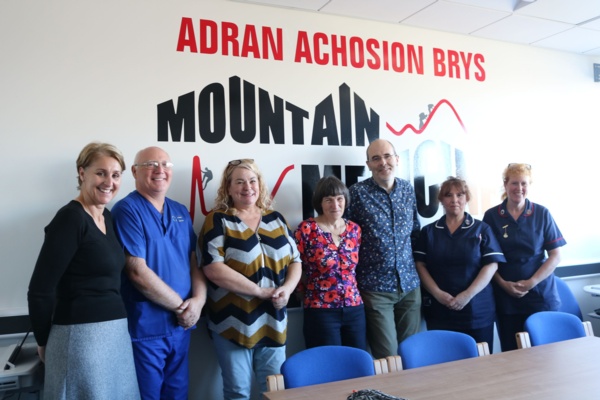 Jem is now back at work full-time in his IT role at the University of the Highlands and Islands in Scotland and has since taken part in the Highland Cross duathlon - which involved a 22 mile walk followed by a 30 mile cycle.

Angie, who is from Liverpool, and works as a carer, said: “It is incredible to see how well Jem looks and to hear he is back at work and how he took part in the Highland Cross duathlon!

“At the time I saw Jem on the floor I was determined not to let him die, I knew he was only around my age so I was going to try everything I could to keep him alive.

“I’m so happy he is doing so well and he’s back enjoying his life with his family.”

Jem says CPR saved his life and hopes his story will inspire others to learn the lifesaving skill.

He said: “The actions of Linda and Angie means we have kept our family together. It was the CPR keeping my blood flowing around me that was keeping me alive.

“I’m also eternally grateful for the treatment provided by Mr Magapu and all the staff at the Liverpool Heart & Chest Hospital, not just for me but in the way they communicated with and supported Lizbeth throughout.

“After I got back north the cardiac team at Raigmore Hospital in Inverness and at the Ross Memorial in Dingwall looked after me with real care and expertise. Everyone made sure that I had all the information and support I needed to make as good a recovery as possible.

“After what happened it has made me realise how important it is to have basic CPR skills. My wife, Lizbeth, and I hope our story will encourage more people to learn this lifesaving skill, it can really help double the chance of survival.”

Find out how to learn CPR by visiting www.awyrlas.org.uk/keepthebeats